I recently answered these questions for our blog tour of A Very Austen Valentine: Austen Anthologies, Book 2. I’d like to know your thoughts. Do you agree or disagree with my answers?

Do you agree/disagree that Jane Austen is the mother of the romance novel?

Yes, I agree that Jane Austen is the mother of the romance novel, but I more definitively think of Austen as the creator of a smaller genre: the novel of manners.

I have loved Austen’s works since my high school years, but teaching her work during my twenty-five years as an English teacher convinced me of her genius. I showed films of several versions of Pride and Prejudice, Persuasion, and Emma to my juniors and seniors during the final half of school each year. The boys started out complaining, but soon were asking for their Austen fix when they entered my classroom.

I assigned book and gave a book test every six weeks, but students were allowed a reader’s choice for their final book. Many chose to read the Austen novels they had watched. They were quite eager to point out the differences between the novels and the film versions. Discussions were lively.

You see, I taught Austen, loved Austen, and turned out Austen lovers long before I ever wrote anything Austenesque.

Sir Walter Scott wrote, “Also read again Miss Austen’s very finely written novel of Pride and Prejudice. That young lady had a talent for describing the involvement and feelings and characters of ordinary life which is to me the most wonderful I ever met with. The exquisite touch which renders ordinary commonplace things and characters interesting from the truth of the description and the sentiment is denied to me.”

A novel of manners re-creates a social world, conveying the customs, values, and mores of a highly developed, complex society.

Scott defined the novel of manners, and he attributes the creation of that genre to Austen.

To me, this is the area in which Austen shines most brightly. She left a wonderful legacy of her time period – the behavior of the classes in early nineteenth century England.

What is up next for the Austen Anthologies series?

Laura Hile, Wendi Sotis, Barbara Cornthwaite, and I hope to do at least three more anthologies. The next will be A Very Austen Romance, to be released at the end of 2019. Various guest authors will join us in the different books of the series.

All of the stories in the anthologies will be Austen-based Regency sweet romance, but we allow prequels, sequels, mashups, variations, and humor, as well as “what ifs.” Each of us has a specialty of sorts, but all of our stories are clean reads with happily-ever-after endings.

The goal is to have stories of twenty thousand to thirty thousand words. That length limits the time given to develop and resolve a plot, thus our plotlines are fairly simplified.

However, a wonderful read can be delivered within the limitation. Laura Hile’s Sir Walter Takes a Wife in the Valentine anthology is, in my humble opinion, brilliant. I can write humor for a chapter, but she sustains her high level of romantic comedy from the first word to the last. I don’t know of anyone else in the Austenesque genre who does it as well. 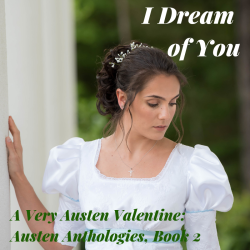 My writing is usually very emotional with a touch of the paranormal and/or music. Wendi Sotis’s style is pure, sweet romance. Barbara Cornthwaite has a very delicate touch, a crystal bell of insight.

Wendi, Laura, Barbara, and I choose to work with like-minded authors, seeing our anthologies as “the books that friendship built.” We spend a good bit of time emailing and messaging back and forth, and we think it’s very important that the process be as stress-free, pressure-free, and enjoyable as possible. I think the anthologies show the respect and feeling of camaraderie we have for each other.

edit biographydelete Biography A Very Austen Valentine is now on a blog tour! Giveaways, excerpts, guests posts, author interviews, and vignettes are featured on the tour through January 21. Robin Helm's time revolves around music as she plays and teaches. Her books reflect that love, as well as her fascination with the paranormal and science fiction. Her latest publication is Understanding Elizabeth, in which Darcy must decide how much he’s willing to pay to have what he wants. Previously published works include The Guardian Trilogy (Darcy is Elizabeth’s guardian angel) and the Yours by Design series (Fitzwilliam Darcy switches places in time with his descendant, Will Darcy). Mrs. Helm is also featured in a series of anthologies with several other like-minded authors. A Very Austen Christmas has been a Best Seller on Amazon in several categories. A Very Austen Valentine was released on December 29, 2018. A Very Austen Romance is being planned for December 2019. She lives in South Carolina and adores her husband, two married daughters, three grandchildren, and four family dogs. AWARDS: The Guardian Trilogy Austenesque Reviews 2013 P & P Variation/Alternate Path Award Yours by Design series Austenesque Reviews, Top Ten Time Travel novels Of Pens and Pages, Top 5 Modern Pride & Prejudice Retellings A Very Austen Christmas: Austen Anthologies, Book 1 More Agreeably Engaged, Favorite Books of 2017 A Very Austen Valentine: Austen Anthologies, Book 2 More Agreeably Engaged, Favorite Anthology, 2018 View all posts by Robin Helm

2 thoughts on “Austen, the Creator of a Genre”